Why use a smart socket?

Driving a nixie tube is one thing, grounding out one of 10 cathodes to diplay a single digit when required is the way that most nixie tube clocks work.

There are however, a number of devices which use multiple segments to create the desired character. Devices such as B-7971 and ZM1350 have up to 15 individual segements, any of which may be used to display numbers, letters or symbols.

In order to simplify this process for the clock building enthusiast, Smart Sockets were created.

These mostly consist of a single board that holds the display device along with a PIC micro controller and a transistor to switch each segment of the display on when needed. The code in the PIC expects commands to be sent via a serial interface and smart sockets can be connected together to make clocks or display devices with up to 255 individual digits!

There is good community support for the smart sockets and the design and code are published under an open source agreement.

So far I have used smart socket technology to build clocks using B-7971 tubes from Burroughs, ZM1350 Panaplex displays from Telefunken and SP-101 panaplex displays from Sperry/Babcock and my own LED based display which is designed to emulate the increasingly more rare  B-7971.

The smart sockets take care of all work required to form characters and provide transition effects. I ‘developed’ ‘Frankontroller’ to drive them. 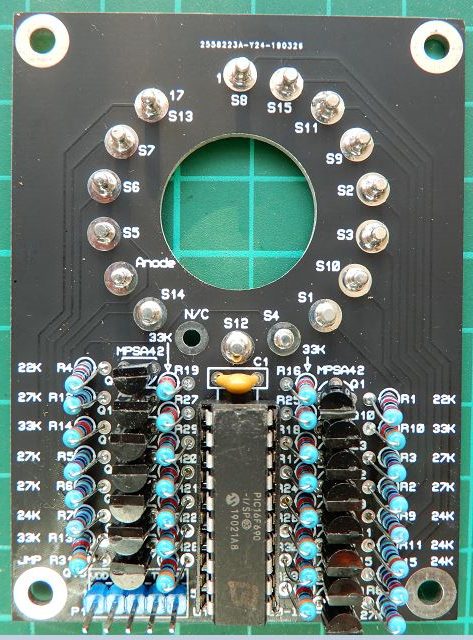